Oil in the Amazon 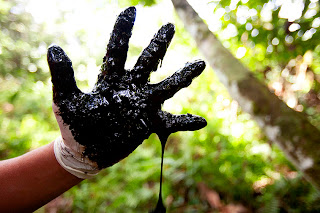 "BP’s calamitous behavior in the Gulf of Mexico is the big oil story of the moment. But for many years, indigenous people from a formerly pristine region of the Amazon rainforest in Ecuador have been trying to get relief from an American company, Texaco (which later merged with Chevron), for what has been described as the largest oil-related environmental catastrophe ever." 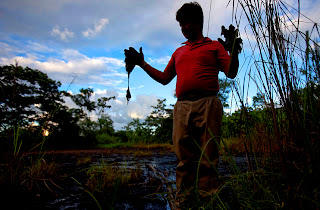 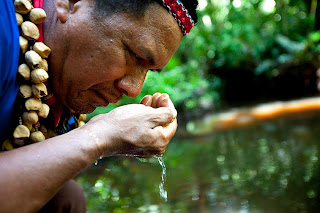 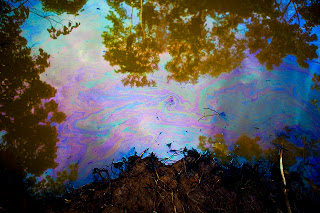 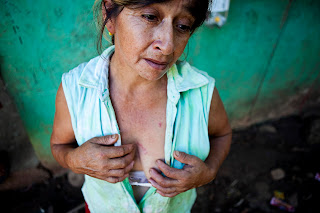 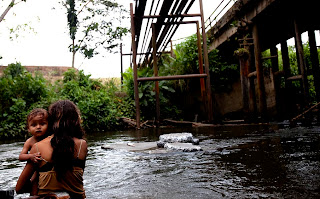 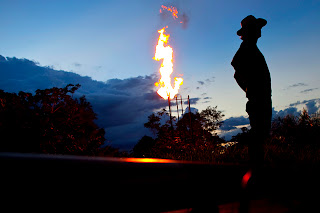 “As horrible as the gulf spill has been, what happened in the Amazon was worse.” NYT Op-Ed

For over four decades indigenous peoples of the Ecuadorean Amazon have witnessed multinational oil companies devastate their ancestral lands in search of petroleum. While drilling from 1964-1990, Texaco- currently owned by Chevron Corporation- is said to have dumped more than 18 million gallons of toxic wastewater, and spilled nearly 17 million gallons of crude oil, left hazardous waste in countless open pits dug out of the rainforest.  The result is one of the worst environmental disasters known on the planet, with obvious lingering contamination of soil, groundwater, air and streams that has caused severe health problems in local people for decades. According to Amnesty International and as set forth in the International Covenant on Economic, Social and Cultural Rights, their basic rights to a standard of health, adequate standard of living and to water and sanitation have been and continue to be gravely violated.